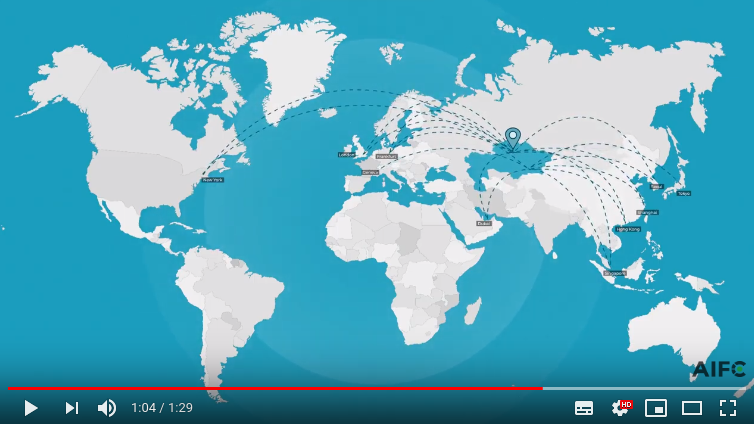 The AIFC is underpinned by an ambitious objective to become the financial hub for Central Asia, the Caucasus, Eurasian Economic Union, the Middle East, and Europe. The new financial centre is positioning itself to attract US$ 40 billion of investments by 2025 and ensure about 1 per cent growth in the carbonless GDP of Kazakhstan. Kazakhstan is the largest and most oil rich country in Central Asia.

The governing law of the AIFC is based on the Constitution of Kazakhstan and has a special legal regime, consisting of the AIFC Constitutional Law “On the Astana International Financial Centre” (the Law), its own independent judicial system and jurisdiction based on English common law and standards of leading international financial centres. The official language of the AIFC is English.

Like its neighbouring financial free zone the Dubai International Financial Centre (DIFC) (whose Courts were selected to advise the Kazakhstan Central Bank on establishing the AIFC’s commercial court and arbitration centre), the AIFC has its own specific legislation to address issues arising in the context of companies, contract, implied terms, obligations, damages and remedies, employment and partnership law.

It is reported by the Prime Minister of Kazakhstan that a total of 30 general-purpose AIFC Acts and 17 financial services regulation acts were developed and subsequently adopted by the relevant bodies of the AIFC. About 50 acts constitute the legislative framework of the AIFC.